I was browsing the interwebs the other day and found this piece of gem. It’s a passage that resonates with what I go through in life every day. As a matter of fact, it applies to each and every one of us because we are “not everyone’s cup of tea“. I love it and I’m sure, you will too.

Don’t waste your finite time and heart trying to convince people who aren’t your people that you have value. They will miss it completely. They won’t buy what you are selling. Don’t try to convince them to walk your path with you because you will only waste your time and your emotional good health. You are not for them and they are not for you. You are not their cup of tea and they are not yours.

Politely wave them along and you move away as well. Seek to share your path with those who recognize and appreciate your gifts, who you are.

Be who you are.

You are not everyone’s cup of tea and that is OK.

Isn’t it great? I’ve seen this on many sites but there seems to be no idea who the author is.

Whoever the author, I’d like to thank them for such an awesome thought.

Are there any passages or quotes that resonate with you?

Losing a loved one is bad enough, but what if you found out that person had a whole other life before you? What would you do? It had been a year since Arthur Pepper’s beloved wife, Miriam, passed away. On the anniversary of her death, he decides to clear out her things and get closure. As he’s doing so, he finds a small box with a gold charm bracelet in it. Thus unfold a series of events that will change Arthur’s life forever.

END_OF_DOCUMENT_TOKEN_TO_BE_REPLACED

I’m back! After a year-long hiatus. 2016 was a depressing year for me, both professionally and personally. Though I did read a lot of books, the target of 52 wasn’t met. That was one of many disappointments. By the end of last year, my book reading had become non-existent and writing for pleasure had ceased. But I’m back and intend to stay. So, here’s my review of The Rosie Project by Graeme Simsion.

END_OF_DOCUMENT_TOKEN_TO_BE_REPLACED

I prefer reading books the traditional way; by flipping page after page of sumptuous words oozing emotions. Hired Bride, the first book in the Beaufort Brides series, came to me through Kindle, a medium that I’ve struggled to accept because of my snobby attitude and preference to paper books. My book challenge for this year is 52 books in 52 weeks. Thus, I was determined to read no matter the medium or genre.

END_OF_DOCUMENT_TOKEN_TO_BE_REPLACED

My association with a Mills & Boon novel began when I was 8 or 9. My sister, a voracious bookworm, always had her abnormally large nose stuck between the pages of some or the other book. The covers of these books were fascinating; a shirtless, muscular man with his strong arms around the delicate frame of a semi-naked woman. In India, we have more watered down versions of these books and their covers; a fair (which is important), thin, and well-dressed maiden touching a fair (again, important), well-built gentleman. This is why I stay away from these books. 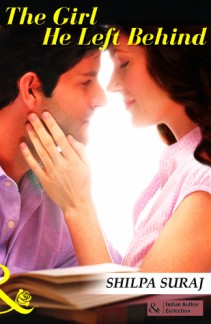 Our female protagonist is Sia Sharma, a successful editor at a huge publishing house. I know it’s huge because size really matters. Mr. Knight in Tight Clothes is Ryan Mathur, a self-made success story waiting to be replicated by gullible readers. Ryan, being an emotional wreck with a really dark secret dumps Sia one day, without giving her a chance to ask follow-up questions. This would, obviously, taper the number of pages so we are left with feeling “What the front door?”

Six years on, Sia is divorced from an abusive douchebag and is blissfully enjoying her singlehood while still pining for Ryan. Conveniently, he’s hired by Sia’s agency to create a marketing campaign for Nisha Malik, an author who is, like every other female character in the novel, attracted to Ryan. Seeing her true love (obviously) brings out Sia’s suppressed feelings. Now, it’s up to her to decide whether she’ll listen to her heart and let him back into her life or her head and keep it at “just friends”.

The protagonists are young and highly successful, the former being the demographic of its intended group of readers. To show that Sia is more than a sculpted enchantress; the author has her change a tyre and refuse help offered by Ryan’s friend, Adarsh. Thus, we are assured she is a “beauty with brains”. Besides a hot bod, Ryan is blessed with only 2 emotions, anger and confusion.

Supporting characters only appear when the scene calls for it. They have no role other than to be at the protagonists’ beck and call. To be fair, they are not boring. Ryan’s parents are dramatic, Sia’s are more easy-going, Minty is sympathetic, Nisha is brazen, and Adarsh is happy-go-lucky.

Misunderstandings that crop up are not tactfully handled. Rather than being a conversation, it becomes a scene with one person talking and the other person either leaving or the scene ending. And due to this, it becomes more of a “will they, won’t they” scenario. Their emotions do not justify their actions. For example, why didn’t Ryan tell Sia the real reason he’s breaking up with her? They’ve been friends since school. Doesn’t she deserve a little more information than some vague non-reply and an escape for 6 years? They break up, and chapter 2, it’s 6 years later. Ekta Kapoor would have approved.

The writing is simple and easy to understand though it is often burdened by its innumerable clichés which put you at the centre of a Bollywood movie script.

Let me list the clichés that this novel has.

Ironically, there’s a line in the book that says, “Clichés are clichés for a reason. They work.” In India, they work all the time. Many authors seem to benefit from them.

Indian readers who love a good romantic drama will thoroughly enjoy this book. It has all the makings of a nice love story with a pinch of conflict and a whole lot of emotions.

Hey, all! Happy New Year (19 days later). I started 2016 just like last year. Woke up, looked in the mirror, and deftly went back to sleep. For me, January 1 is a day like any other. Nothing new. It took 365 days for the New Year to reach and rid us of the crap fest that was 2015. Most of you will agree that the last year was not a very pleasant one. Controversies, hate, ignorance, intolerance, sadness, and a great deal of irritability ruled our lives every day. Everybody rang in the New Year with a new hope, I’m sure. We’ve all made resolutions and since it’s day 19 already, we’ve already broken about 22 of them.

Are resolutions so hard to keep? Maybe it’s the irrational ones that are easy to break. Looking at so many lists, I felt even I had to share a list of things to do in 2016. Time for fresh starts. Here are a few resolutions that we should strive to keep.

END_OF_DOCUMENT_TOKEN_TO_BE_REPLACED

Things I Write About